American Airlines, Inc., is one of the major airlines operating in the United States. They are a subsidiary unit of AMR Corporation. Initially, the headquarter was located in the region of Murray Hill, of Midtown Manhattan. Afterwards, it was shifted to Fort Worth in Texas. They are responsible for extensive domestic and international network, including flight schedules through the Caribbean, North America, Asia/Pacific, Europe and South America. Gerard Arpey was the CEO and Chairman of the company, who was later replaced by the president of the company, Thomas W. Horton. They emerged after unification of eighty-two smaller airlines, which were acquired in 1930. 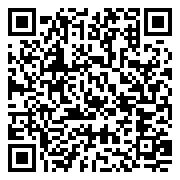 There are currently 4 consumer reviews about American Airlines available. Share your review.