A public owned retailer in America, dealing in home appliances and consumer electronics, hhgregg Inc., operates through eighteen states of the country. They were established in 1955 at Princeton in Indiana. They deal in almost all kinds of electronic goods ranging from televisions, DVD recorders, television, refrigerators, freezers and other appliances. In 2008, they even declared their plan to sell a variety of popular and advanced gaming systems, including those of Xbox 360, PlayStation 3 and Wii. They have the origin seeded in a storefront that was set up by Fansy Gregg and Henry Harold in 1955, in Indianapolis. In 2009, they did a business amounting to $1.4 billion as revenue. 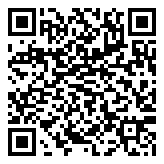 There are currently 4 consumer reviews about Hhgregg, Inc available. Share your review.

Please take a note that you are about to post a public review about Hhgregg, Inc corporate office on CorporateOffice.com. This review will be public, so please do not post any of your personal information on this website. If you would like to contact the corporate offices of Hhgregg, Inc, please use their contact information such as their phone number, website, and address listed above to contact them. However, sometimes staff from Hhgregg, Inc headquarters do read the reviews on this website.