The American chain of departmental store of Kohl's is turning out to be a renowned store of the country. It is the fourth largest departmental store, considering sales figures, in the United States. The store entered into the list of S&P 500 and even in Fortune 500, in the year 1998. In the year 2011, the store was positioned as the twentieth largest retailer of the country. Kohl's departmental store has its origin in 1946, when Maxwell Kohl erected a supermarket that ultimately became famous chain of Kohl's food Stores. The store had almost everything for sale, ranging from candies to sport equipments and even engine oil. 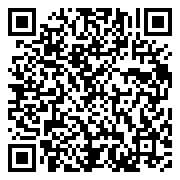 There are currently 9 consumer reviews about Kohls available. Share your review.

Please take a note that you are about to post a public review about Kohls corporate office on CorporateOffice.com. This review will be public, so please do not post any of your personal information on this website. If you would like to contact the corporate offices of Kohls, please use their contact information such as their phone number, website, and address listed above to contact them. However, sometimes staff from Kohls headquarters do read the reviews on this website.