Midas, Inc is a chain of companies providing automotive services. More than 1,500 company-owned and franchised centers under them are operational in various regions of Canada and the United States. Other than this, Midas, Inc even operate franchised and licensed stores in different countries including Belgium, Australia, the Bahamas, Austria, France, Costa Rica, Mexico, Italy, Honduras, Spain, Poland and several other nations. Nate H. Sherman established the company in 1956 and initially they dealt with retailing of parts of exhaust systems and mufflers. During the first year of operation, the company was able to establish 100 stores across 40 states. 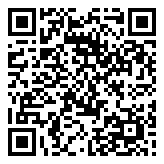 There are currently 7 consumer reviews about Midas, Inc available. Share your review.

Please take a note that you are about to post a public review about Midas, Inc corporate office on CorporateOffice.com. This review will be public, so please do not post any of your personal information on this website. If you would like to contact the corporate offices of Midas, Inc, please use their contact information such as their phone number, website, and address listed above to contact them. However, sometimes staff from Midas, Inc headquarters do read the reviews on this website.