Millers Ale House is a chain of restaurants based in Florida, which is more famous for chicken, seafood, burgers, steaks salads and similar stuffs. Most of their bistros are situated in Florida and some of them are in Maryland, New Jersey, Pennsylvania, Massachusetts, New York, Illinois, Nevada and Georgia. Its localities are named after the towns or neighborhood places where they are positioned. Since August 2012, there are 47 sites in Florida and 10 in other places. In 1988, Jack and Claire Miller opened the first Ale House in Jupiter, Florida. Most divisions of the restaurant grossed $4.1 million every year. 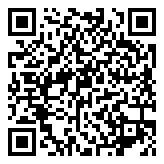 There are currently 7 consumer reviews about Miller's Ale House available. Share your review.