Priceline.com is an American company, helping its users in obtaining discount rates for purchases related to travel, like hotel bookings and airline tickets. Their headquarter is located at Norwalk, in Connecticut. Although they do not supply the services directly, yet helps in facilitating provisions associated with services of travel by suppliers to customers. The company gained popularity because of their services where travelers were responsible to quote their expected price on hotel rooms, airline tickets and car rentals. Their origin is linked to Walker Digital. A company based in Hong Kong, Cheung Kong Holdings, purchased a major share of Priceline at a later period. 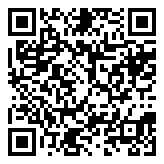 There are currently 20 consumer reviews about Priceline available. Share your review.

Please take a note that you are about to post a public review about Priceline corporate office on CorporateOffice.com. This review will be public, so please do not post any of your personal information on this website. If you would like to contact the corporate offices of Priceline, please use their contact information such as their phone number, website, and address listed above to contact them. However, sometimes staff from Priceline headquarters do read the reviews on this website.