Roundy's Supermarkets Inc is also referred as "Roundy's" and has been founded in the year 1872. It is the oldest and largest grocery chain in Midwest. It owns as well as operates in 154 retail grocery stores. The supermarket sells over 2,400 label of products and has about 20,000 employees throughout the channel. It has generated annual revenue of about $4 billion. According to 2007 report, it had been ranked 33 in Top 75 North American Food Retailers and is 78th largest retailer in United States. Roundy's operates under names - Rainbow Foods, Mariano's Fresh Market, Metro Market, Pick 'n Save, Ultra Mart Foods and others. 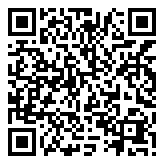 There are currently 5 consumer reviews about Roundy's Supermarkets, Inc available. Share your review.