TruGreen is one of the home service brands that Service master offers. The service master is a type of privately held fortune 1000 companies, which provide many services to residences as well as firms. The headquarters of the company is situated in a Memphis, Tennessee. TruGreen offers lawn care and landscape maintenance products, and it also offers customized services for lawn care. Under lawn care services, the company puts forward services such as shrub and tree care, and even services for nuisance pest control. The company offers its services 24×7 and if customers are not satisfied with the service, then refund the money invested in the treatment. 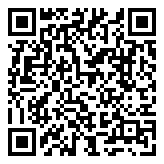 There are currently 9 consumer reviews about TruGreen available. Share your review.

Please take a note that you are about to post a public review about TruGreen corporate office on CorporateOffice.com. This review will be public, so please do not post any of your personal information on this website. If you would like to contact the corporate offices of TruGreen, please use their contact information such as their phone number, website, and address listed above to contact them. However, sometimes staff from TruGreen headquarters do read the reviews on this website.