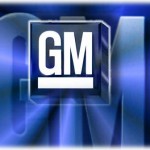 The company was set up on September 16, in the year 1908, in Michigan. Charles Stewart was the co-founder of the company. General Motors was declared as the world's leading company in terms of auto sales from 1931 to 2007, the longest period through which any auto making company has been able to achieve record sales in history. After this, the company saw a certain level of downward movement, but it rose again in the year 2011 and emerged as the largest among all automakers, in terms of sales of vehicles. Having it's headquarter in Detroit, the company provides employment to more than 2 million people in more than thirty one countries, where it has its production units. 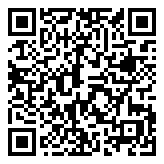 There are currently 11 consumer reviews about General Motors available. Share your review.

Please take a note that you are about to post a public review about General Motors corporate office on CorporateOffice.com. This review will be public, so please do not post any of your personal information on this website. If you would like to contact the corporate offices of General Motors, please use their contact information such as their phone number, website, and address listed above to contact them. However, sometimes staff from General Motors headquarters do read the reviews on this website.