Hobby Lobby is the privately held retail chain of crafts and art stores that operates in Oklahoma City, Oklahoma. In the US, the store is formally known as Hobby Lobby creative center. David Green founded the company in August of 1972. According to a August 2012 report, the chain operated near about 514 stores in more than 41 states of the US. The company belongs to the retail industry that employs approximately 21,000 full-time employees. The company earns revenue of 2.28 billion US dollars every year. Specialty of the retail store chain is that it doesn't use any bar code and depends on hand pricing and ordering of different items. 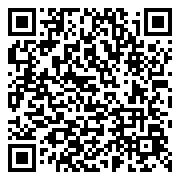 There are currently 10 consumer reviews about Hobby Lobby available. Share your review.

Please take a note that you are about to post a public review about Hobby Lobby corporate office on CorporateOffice.com. This review will be public, so please do not post any of your personal information on this website. If you would like to contact the corporate offices of Hobby Lobby, please use their contact information such as their phone number, website, and address listed above to contact them. However, sometimes staff from Hobby Lobby headquarters do read the reviews on this website.