NBC Universal is a mass media corporation. It has its operation across the world. It has become the leading media company after the inclusion of Vivendi Universal Entertainment with NBC. Steve Burke is the CEO and president of the company. Revenue of NBC was $21.124 Billion as stated in the report of 2011. The company provides its operations in various segments such as NBC News, NBC Sports Group, NBC Universal Television Group. Universal Parks and Resorts, Telemundo Television Studio, Universal Pictures, Picture box Movies, Focus Features, MSNBC, G4, The Weather Channel, CNBC, ShopNBC are some of the subsidiaries of NBC. 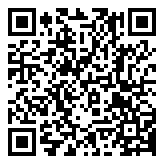 There are currently 0 consumer reviews about Nbc Universal Inc available. Share your review.