Staples Inc is one of the largest chain stores of the United States, which provide office supply materials. With more than two thousand stores around the world, across twenty-six countries, the stores are responsible in providing highly affordable and economic office material supplies. The company is based in the region of Framingham, in Massachusetts. They provide beneficial support to the customers of many countries like Portugal, Italy, Brazil, Austria and the likes. Thomas G. Stemberg and Leo Kahn co-founded the idea and business of this chain store. The first operational store under the chain was inaugurated in the year 1986, in the region of Brighton, Massachusetts. 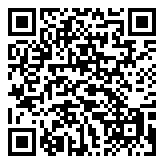 There are currently 4 consumer reviews about Staples available. Share your review.

Please take a note that you are about to post a public review about Staples corporate office on CorporateOffice.com. This review will be public, so please do not post any of your personal information on this website. If you would like to contact the corporate offices of Staples, please use their contact information such as their phone number, website, and address listed above to contact them. However, sometimes staff from Staples headquarters do read the reviews on this website.