Village Inn is a restaurant chain and is highly reputed for breakfast menu consisting of pancakes, buttermilk, crepes, eggs and even omelettes. The restaurant also offers sandwiches, melts, burgers, salads and other dinner items. The company is highly reputed to offer quality pies and have even been awarded for these tasty servings from American Pie Council. Merton Anderson and James Mola initiated the Village Inn after which the first restaurant of Village Inn Pancake House came into operation in 1958 at Denver. In 1982, the company transformed into a publicly traded VICORP Restaurants. They offer slice of fresh pie on Wednesday Pie Rush. 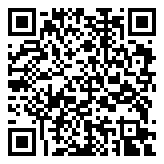 There are currently 3 consumer reviews about Village Inn available. Share your review.

Please take a note that you are about to post a public review about Village Inn corporate office on CorporateOffice.com. This review will be public, so please do not post any of your personal information on this website. If you would like to contact the corporate offices of Village Inn, please use their contact information such as their phone number, website, and address listed above to contact them. However, sometimes staff from Village Inn headquarters do read the reviews on this website.