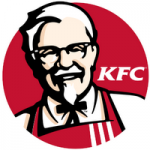 KFC is the chain of food restaurant with it's headquarter in Louisville, Kentucky. The company was known as Kentucky Fried Chicken and they primarily sell different variation of snacks made of chicken. KFC stands as an American icon and is regarded as world's largest food chain for fried chicken. At present, the company is holding second position after McDonald's by running food chain business in more than 105 countries. Number of outlets being operated by the authority is near about 17000. According to December 2011 report, owners are planning to start more outlets in south Asian countries. Harland Sanders is the founder of this world famous company. 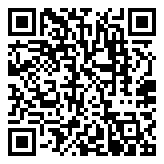 There are currently 19 consumer reviews about KFC available. Share your review.

Please take a note that you are about to post a public review about KFC corporate office on CorporateOffice.com. This review will be public, so please do not post any of your personal information on this website. If you would like to contact the corporate offices of KFC, please use their contact information such as their phone number, website, and address listed above to contact them. However, sometimes staff from KFC headquarters do read the reviews on this website.