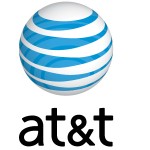 AT&T is a leading name in telecommunication industry and it deals in wireless services, cell phones, high-speed internet, digital TV, home phone, DSL, and many other communication services. AT&T Corporate Office Headquarters is in downtown Dallas in Texas. The company is now one of the largest providers of fixed as well as mobile telephony. The company has a customer base of more than 100.7 million customers. AT & T offers many flexible mobile plans and even operates on 4G network and offer U-verse service as well. The company also rolls out high-speed internet service to rural areas to expand its reach. The company also donates a lot of money to political campaigns.

There are currently 29 consumer reviews about AT&T available. Share your review.

Please take a note that you are about to post a public review about AT&T corporate office on CorporateOffice.com. This review will be public, so please do not post any of your personal information on this website. If you would like to contact the corporate offices of AT&T, please use their contact information such as their phone number, website, and address listed above to contact them. However, sometimes staff from AT&T headquarters do read the reviews on this website.