Cox Communications Inc. popularly known as a Cox Cable is a privately owned company that provides telecommunication, digital, wireless and other similar services in the US. This company is a subsidiary of Cox Enterprise. In US, this company is the 3rd largest provider of communication services and record says that at present they serve almost 6.2 million of customers. 2.9 millions out of 6.2 millions are cable subscribers while others belong to the category of internet subscribers and telephone subscribers. Headquarters of the organization are located in Atlanta and Sandy Springs. Approximately 22,350 employees (full time) are associated with this organization. 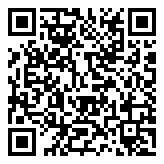 There are currently 9 consumer reviews about Cox Communications, Inc available. Share your review.