Greyhound Bus Lines is a bus company that was started in 1914. It is currently one of the largest intercity transport providers with approximately 3,800 destinations across North America. The bus lines offer safe and affordable transport to more than 25 million customers per year. Greyhound Bus Lines are represented by three subsidiary companies in America namely: Valley Transit Company, Crucero USA and Americanos USA. Aside from regular transport, the company offers package delivery services. It has also linked with a number of independent bus lines across USA to link to smaller towns in the United States and provide exclusive services to their customers. 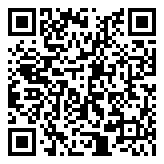 There are currently 12 consumer reviews about Greyhound Bus Lines available. Share your review.