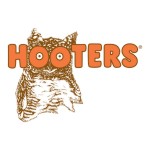 Hooters stand for the trade name of the two popular food restaurant chains in America that are Hooters America, which is incorporated in Atlanta, Georgia and the Hooters that has been incorporated in Clearwater, Florida. The name Hooters signify dual meaning as it both refer to the bird owl, known for hooting calls and the word is also used as an American slang that means breast of a female. The waitress staff and their attractive outfits inspire one's sex appeal and it serves as the major component of this company's image. Majority of the restaurants have license to provide wine and beer and where they get permit from the local authority there they hold liquor bar as well. Steaks, seafood dishes, sandwiches and hamburgers are some of the specialties served here. 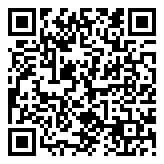 There are currently 12 consumer reviews about Hooters available. Share your review.

Please take a note that you are about to post a public review about Hooters corporate office on CorporateOffice.com. This review will be public, so please do not post any of your personal information on this website. If you would like to contact the corporate offices of Hooters, please use their contact information such as their phone number, website, and address listed above to contact them. However, sometimes staff from Hooters headquarters do read the reviews on this website.