Houlihan's Restaurant Group, Inc operates and franchises bars and casual dining restaurants. Originally the company was known as Houlihan's Old Place as it had been situated near area of Houlihan's clothing store, initially. In 1972, Gilbert-Robinson (a restaurant firm) opened the first Houlihan's restaurant. It has 82 restaurants presently in 18 states. 51% shares of the company is owned by a management company. Previously, it had been a subsidiary of Fleet National Bank. It offers varieties in dishes such as steaks, burgers, appetizers, salad and pasta. Its bar and exciting cocktails have bagged several Best of happy hour awards locally. 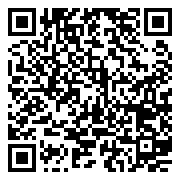 There are currently 3 consumer reviews about Houlihan's Restaurants, Inc available. Share your review.