Jerry's Famous Deli is a series of eatery renowned for its wide variety of menu including 700 items in the list. Exclusive food mix, outstanding catering menu and customer service make Jerry simply a good one. All their items are prepared at home but mostly they are known as pastrami sandwiches, matzoh ball soup as well as humongous salads. Originally, it was established in 1978 by Jerry Seidman and Isaac Starkman. Mow the business includes 8 restaurants in South California with 1 in Miami Beach. Jerry's Famous Deli is commonly known for celebrity clientele including Will Smith, Adam Sandler, Shaquille O'Neal and others. It does about $70 million revenue per year. 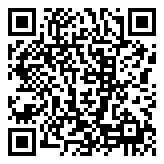 There are currently 2 consumer reviews about Jerry's Famous Deli available. Share your review.