La Quinta is an American chain of hotels with limited service in the United States, Mexico and Canada. They have their headquarter at Las Colinas, an area in Irving, Texas. Their property is either franchised or owned by their own subsidiary, La Quinta Properties, Inc. They own and operate more than two hundred and ninety-five franchises and over seven hundred properties under innumerable brand names. Their initial business was started by an entrepreneur of Real Estate, Sam Barshop, along with his brother Phil, on 1968. Their first hotel was inaugurated at Antonio in Texas. Their headquarter was established in San Antonio and it remained there until 1999. After that, it was relocated to Texas. 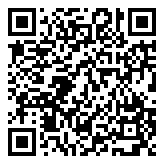 There are currently 5 consumer reviews about La Quinta available. Share your review.

Please take a note that you are about to post a public review about La Quinta corporate office on CorporateOffice.com. This review will be public, so please do not post any of your personal information on this website. If you would like to contact the corporate offices of La Quinta, please use their contact information such as their phone number, website, and address listed above to contact them. However, sometimes staff from La Quinta headquarters do read the reviews on this website.