Meineke Car Care Centers, also referred as mine-a key in short form, is a repair chain franchise for vehicles. Sam Meineke first opened a warehouse distribution in 1971 known as "Meineke Mufflers Shop". After 1972, the company has been a subsidiary of Part Industry Corp and was also a part of a British-owned multifaceted group supplying agricultural and automotive systems and other components. Primarily, the concept had been to provide quality services at discounted rates. Then the company expanded and began offering related products, oil and lube services, brake services, Catalytic converters, strut and shock services. Since 1993, George Foreman continued to be the spokesperson of the company since 1993. 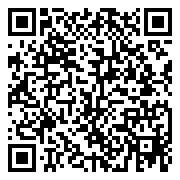 There are currently 17 consumer reviews about Meineke available. Share your review.

Please take a note that you are about to post a public review about Meineke corporate office on CorporateOffice.com. This review will be public, so please do not post any of your personal information on this website. If you would like to contact the corporate offices of Meineke, please use their contact information such as their phone number, website, and address listed above to contact them. However, sometimes staff from Meineke headquarters do read the reviews on this website.