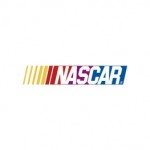 Nascar stands for National Association for Stock Car Auto Racing and this is a family-owned company, which permits and administers auto-racing events. Bill France was the founder of this company and it started its operations back in 1947-48. When it comes to stock car racing, this is the largest authorizing body and the main events that this company sanction includes Nationwide Series, Camping World-Truck, and Sprint Cup Series. There are more than hundred tracks and over fifteen hundred racing events that the company authorizes. With its headquarters in Dayton Beach, Florida, the company also has in corporate offices in four different locations. 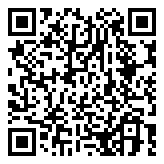 There are currently 9 consumer reviews about Nascar available. Share your review.

Please take a note that you are about to post a public review about Nascar corporate office on CorporateOffice.com. This review will be public, so please do not post any of your personal information on this website. If you would like to contact the corporate offices of Nascar, please use their contact information such as their phone number, website, and address listed above to contact them. However, sometimes staff from Nascar headquarters do read the reviews on this website.