An American store chain of clothing brand, Old Navy Inc is spread over majority of important locations in Canada and the United States. Gap Inc owns the store chain. Their corporate operations are carried on from San Bruno and San Francisco. Initially, the stores under this flagship were opened in the year 1994, in northern California. The company is one of the largest corporations that established its headquarters at the district of Mission Bay in San Francisco. There are innumerable stores under the flagship company that are situated in places like Seattle, the Mall of America and even in the New York. However, the largest store is situated in Mark Street in the region of San Francisco. 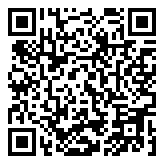 There are currently 6 consumer reviews about Old Navy Inc available. Share your review.

Please take a note that you are about to post a public review about Old Navy Inc corporate office on CorporateOffice.com. This review will be public, so please do not post any of your personal information on this website. If you would like to contact the corporate offices of Old Navy Inc, please use their contact information such as their phone number, website, and address listed above to contact them. However, sometimes staff from Old Navy Inc headquarters do read the reviews on this website.