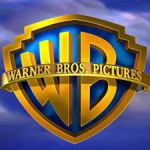 Warner Bros Entertainment Inc is a company that produces television programs, films, and music entertainment. The company is a subordinate company of Time Warner, which has its headquarters in Burbank, California. The company also owns half of CW Television Network. Four Warner brothers founded the company in the year 1918 as the Warner Bros. Studios, and later in 1923, the company was formally incorporated by the name of Warner Bros. Pictures. The cartoon unit of the company came into existence in 1930s. Some of the company's franchises include Looney Tunes, Superman, Scooby-Doo, Tom and Jerry, The Lost Boys, Happy Feet, and many others.