Dollar General Corporation is a discount retailer, which offers products from a variety of brands at a discounted brand to make the products more affordable and make them available for customers at convenient locations. With its corporate office and headquarters located in Goodlettsville TN, this company offer products from different and top brands, which include Unilever, General Mills, Kimberly Clark, Procter & Gamble, and Nabisco. It offers products through stores situated across forty stores and eleven distribution centers. This company is categorized under the head of variety stores. The company mainly deals in food items, household, apparel and accessories, health and beauty products, and seasonal products. 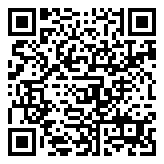 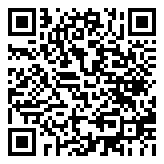 There are currently 43 consumer reviews about Dollar General available. Share your review.

Please take a note that you are about to post a public review about Dollar General corporate office on CorporateOffice.com. This review will be public, so please do not post any of your personal information on this website. If you would like to contact the corporate offices of Dollar General, please use their contact information such as their phone number, website, and address listed above to contact them. However, sometimes staff from Dollar General headquarters do read the reviews on this website.