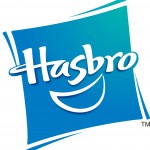 Hasbro is a multinational board game and toy company and is among leading toy manufacturers in the world. Three brothers Herman, Helal and Henry Hassenfeld founded it in the year 1923. Its corporate headquarter is situated in Pawtucket, Rhode Island, but most of the company’s products are manufactured in East Asia. Brian Goldner is CEO and President of the company. As per 2009 report, it had around 5,800 employees and earned revenue of $4.07 billion. Fortune Magazine has named the company among 100 companies of 2013 as it enhanced vacation policy giving its new employees off for 3 weeks in 1st year instead of 5 years. 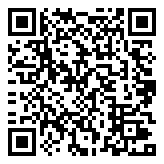 There are currently 2 consumer reviews about Hasbro available. Share your review.

Please take a note that you are about to post a public review about Hasbro corporate office on CorporateOffice.com. This review will be public, so please do not post any of your personal information on this website. If you would like to contact the corporate offices of Hasbro, please use their contact information such as their phone number, website, and address listed above to contact them. However, sometimes staff from Hasbro headquarters do read the reviews on this website.