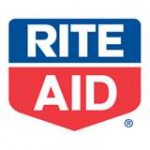 A drugstore chain, Rite Aid Corporation have their headquarter at the township of East Pennsboro in Pennsylvania, near Camp Hill. They started their operation as a single store in 1962, in the region of Scranton, Pennsylvania. Alex Grass established Chain of the company and the first store was named Thrif D Discount Center. By 1965, they were able to expand their network to a few states in the northeast. In 1968, they expanded their business and even adopted the present name. They even transformed their business into a public company. In 1990, they entered into a partnership with Ellicott Development Company of Carl Paladino and expanded their reach to New York.

There are currently 4 consumer reviews about Rite Aid Corporation available. Share your review.