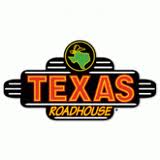 An American restaurant chain, Texas Roadhouse, specializes in serving tasty steaks. Their headquarter is located at Louisville in Kentucky. Initially, the restaurant was inaugurated in 1993, in the region of Clarksville, Indiana. Kent Taylor is the founder of the restaurant. After divorcing his wife in 1990, Kent started to devote his time as the manager of Kentucky Fried Chicken. Presently, the chain operates various restaurants in over three hundred and twenty locations across forty-six states. They are famous for serving buckets of free peanuts at every table throughout all the restaurants under the chain. They have even constructed a slogan for their restaurant chain, which is "Legendary Food, Legendary Service". 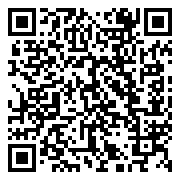 There are currently 31 consumer reviews about Texas Roadhouse available. Share your review.

Please take a note that you are about to post a public review about Texas Roadhouse corporate office on CorporateOffice.com. This review will be public, so please do not post any of your personal information on this website. If you would like to contact the corporate offices of Texas Roadhouse, please use their contact information such as their phone number, website, and address listed above to contact them. However, sometimes staff from Texas Roadhouse headquarters do read the reviews on this website.